This mission features the sixth and final SBIRS missile detection and early warning satellite for the U.S. Space Force’s Space Systems Command. What a sight it was to see the Atlas V head to orbit with the rising sun illuminating the rocket and its plume cloud and creating a “jellyfish” as it flew down range.

In a statement from U.L.A. about today’s Atlas V launch: "Thank you to our U.S. Space Force and industry partners for their outstanding teamwork in successfully delivering the sixth and final SBIRS satellite to orbit," said Gary Wentz, ULA vice president of Government and Commercial Programs. "We are proud of our role in supporting the war fighter by launching the entire SBIRS satellite constellation, a critical constellation of missile warning satellites that expands the U.S. military’s situational awareness on the battlefield and beyond.”

“This launch marked ULA’s 95th U.S. National Space Security launch,” added Wentz. “As the Air Force is gearing up to celebrate its 75th anniversary, we are honored to have been entrusted to deliver the vast majority of our nation’s critical assets to orbit. Our customer’s missions are vital to ensuring the safety of our women and men in harm’s way serving our country.” United Launch Alliance has been the launch provider for all six of the SBIRS GEO missions.

Cape Canaveral Space Force Station, Fla. – August 4, 2022. In a busy day at Florida’s space center, SpaceX launched its Falcon 9 and the Korea Pathfinder Lunar Orbiter (KPLO) mission to the moon. This was the second launch in just over twelve hours from Florida’s Space Coast.
SpaceX launched the Falcon 9 at 7:08 PM EDT from the neighboring Launch Complex 40. KPLO is the first lunar mission for nation of South Korea and the Korea Aerospace Research Institute along with support from NASA.
This was the sixth flight for booster B1052 which made a successful landing shortly after launch on the recovery ship "Just Read the Instructions." Booster B1052 supported the COSMO-SkyMed Second Generation mission, STP-2, Arabsat-6A and two Starlink launches. 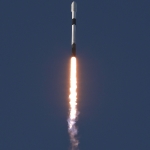 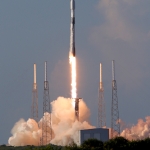 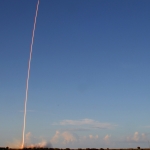 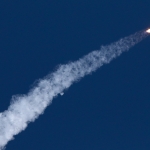 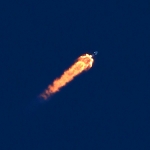 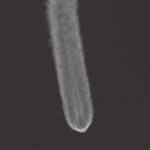 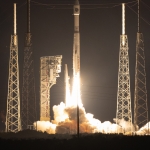 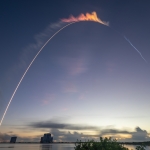 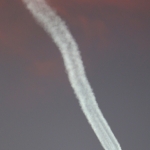 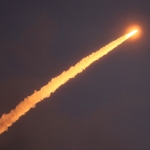 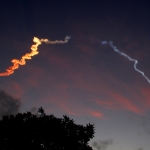 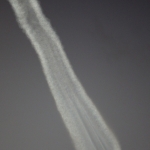 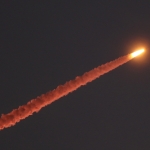