Cape Canaveral S.F.S. FL- Liftoff! After a weather delay on the first launch attempt Saturday, this morning, January 24, 2021, SpaceX successfully launched the Transporter-1 mission. This is SpaceX’s first dedicated SmallSat Rideshare Program mission. The 22-minute launch window opened at 10:00 AM EST and the previously flown Falcon 9 roared to life at the opening of today’s window at SLC-40.

This was the fifth mission for this Falcon 9 first stage, which previously supported launch of Crew Dragon’s DEMO-2 mission, the ANASIS-II mission, a Starlink mission, and launch of Dragon’s 21st Cargo Resupply Mission to the International Space Station. Shortly after first stage separation, SpaceX had another perfect landing of the first stage on the recovery ship “Of Course I Still Love You”. This was the 73rd successful landing of a Falcon 9 booster. 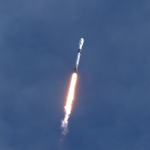 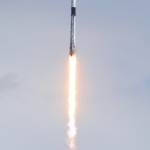 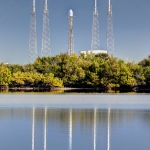 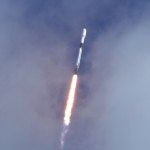 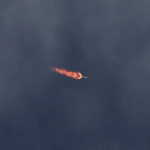 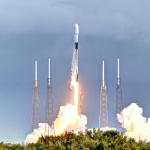 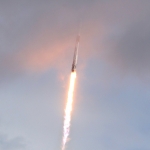