KENNEDY SPACE CENTER, FL. – Today, January 28, 2021, NASA paused and took time to remember those who gave the ultimate sacrifice in the pursuit of space exploration. The Day of Remembrance is an annual event that is open to the public on the grounds of the Kennedy Space Center Visitors Center in front of Space Mirror Memorial. As in years past, each attendee receives a flower that they can place by the Space Mirror at the conclusion of the ceremony.

Leading the ceremony was Thad Altman, Executive Director and Chief Executive Office of The Astronauts Memorial Foundation.  In conjunction with this ceremony, additional ceremonies were also held at the Arlington National Cemetery in Virginia, the Marshall Space Flight Center in Alabama, the Johnson Space Center in Texas and the Stennis Space Center in Mississippi.

Opening this morning’s ceremony was the Brevard County Sheriff’s Department Honor Guard and a singing of the Nation Anthem by Cynthia Watkins (LTC. Retired) and Joe Mayer, a board member of the Astronaut Memorial Foundation gave the opening invocation.

This year’s ceremony marks the 35th year of the Challenger disaster that occurred on January 28, 1986 when 73 seconds into flight STS-51L broke apart in-flight. This was only the 10th flight of Challenger.

“NASA has a unique culture that is fueled by possibility, set on a path to the next giant leap for humanity, and guided by its history,” said NASA Acting Administrator Steve Jurczyk. “The lessons of our past are the enduring legacy of the brave women and men who did not put limits on what could be achieved, and we all recognize the honor of being counted among them as part of the NASA family.”

Speaking to the attendees of this year’s Memorial Ceremony, Thad Altman mentioned that we are here, “this is a special day, we pause to remember to those that gave the ultimate sacrifice, and to learn and to keep the dream alive, and to endeavor to move forward in human space flight and to explore the universe”.

Speaking on behalf of Kennedy Space Center, Janet Petro went on to say, “we honor these heroes and remind ourselves of the lessons that the past continues to teach us. From Apollo 1 to the crews of Challenger and Columbia, we are humbled as we recall the sacrifices of these brave men and women’s lives and to the broader cause of the exploration of the universe.” 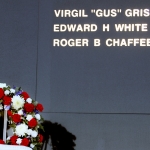 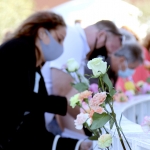 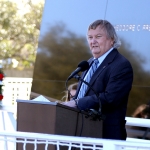 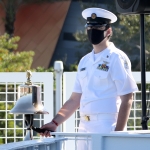 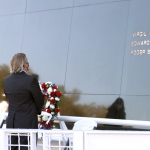 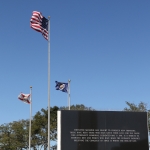 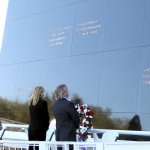 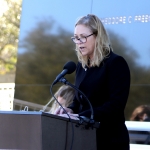 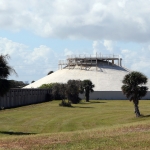