KENNEDY SPACE CENTER, FL. – Today, NASA paused and took time to remember those who gave the ultimate sacrifice in the pursuit of space exploration. The Day of Remembrance is an annual event that is open to the public on the grounds of the Kennedy Space Center Visitors Center in front of Space Mirror Memorial. As in years past, each attendee receives a flower that they can place by the Space Mirror at the conclusion of the ceremony.

Opening this morning’s ceremony was the Palm Bay Magnet High School JROTC Color Guard and a singing of the Nation Anthem by the Space Coast Voices.  Joe Mayer, a board member of the Astronaut Memorial Foundation gave the opening invocation.

Speaking to the attendees of this year’s Memorial Ceremony, Thad Altman mentioned that we are here, “To remember, to learn and to keep the dream alive, and to endeavor to move forward in human space flight”.
Speaking on behalf of Kennedy Space Center, Kelvin Manning went on to say, “this is a solemn occasion as we gather to honor those who gave their lives in the quest of exploration.   As we do every year, we pause to keep their memory alive and recall the hard lessons of the past as we prepare for the future.” 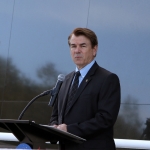 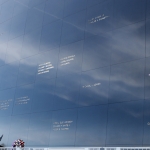 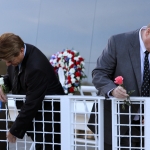 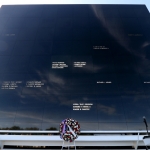 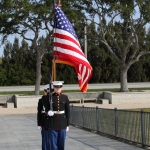 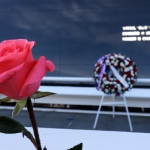 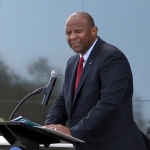 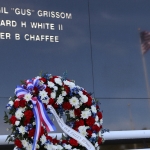 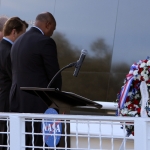 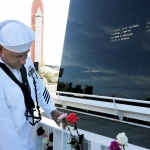 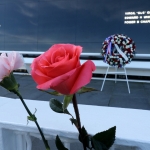 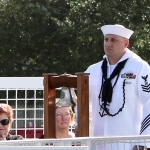