“Launching into space is one of the most difficult and dangerous parts of going to the Moon,” said Mark Kirasich, Orion program manager at Johnson Space Center in Houston. “This test mimicked some of the most challenging conditions Orion will ever face should an emergency develop during the ascent phase of flight. Today, the team demonstrated our abort capabilities under these demanding conditions and put us one huge step closer to the first Artemis flight carrying people to the Moon.”

Don Reed, Test Launch Director: "We had a lift-off right on time, at 0700 hours. The ascent was nominal. We did hit the test box, but we hit it five seconds early. Different motors have different performance and as it turns out on this flight, we got a motor that is called a hot motor. It had higher performance which means we got to the test box faster.

"At T+50 seconds, we initiated the abort at about 760 miles per hour and a dynamic pressure of 665 pounds per square foot. We had good abort initiation and good separation. The abort motor fired. We accelerated in the first 2.5 seconds by an increase of 260 miles per hour. So we hit right around 1000 miles per hour. We hit our peak altitude of 44,000 feet. The launch abort vehicle was controlled as expected. We re-oriented the capsule. Just as we came over the apogee or max altitude, we jettisoned the Launch Abort System.

The crew module did start ejecting the data recorders as planned. We ejected all 12. The vehicle did tumble, which was not unexpected. It splashed down at T+3 minutes and 13 seconds. This was a little bit longer than we had predicted. All 12 ejectable data recorders were recovered by 8:10 AM. There is some debris - we have crews out there working with the debris. We couldn't have asked for a better flight, better mission, better performance."

The flight data recorders are a backup of an already redundant system. While communications with the rocket were lost for about five seconds after the abort motor fired, that data is re-broadcast 20 seconds after the LAS is jettisoned. All but one frame of the data came through perfectly during the rebroadcast.

Mark Kirasich: "One of the most important parts of the test was to see how the Altitude Control Motor performed. It is one motor with eight bells around the circumference and you have to modulate the valves to direct the thrust and to keep the motor pressure steady. The internal motor pressure was rock-solid, straight line, and it had excellent control characteristics. We will look at the data for the next couple of months, but everything so far seems great.

"The next big checkmark is the Moon. A little over a year from now, on the Artemis-1 mission, we will be sending Orion atop an SLS rocket and the destination of that mission is the Moon. Between now and then, we have some qualification tests to complete. In White Sands New Mexico, we are testing the Service Module propulsion system. That qualification is ongoing. There are additional qualification tests in Denver at Lockheed Martin that will be completed in the coming months. But our next big test will be the Moon, and then Artemis-2 will carry crew back to the Moon. 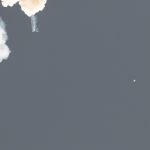 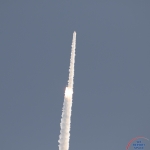 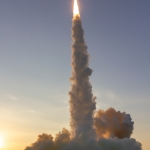 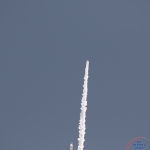 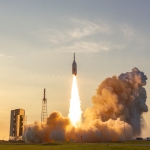 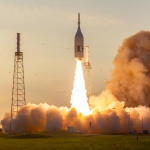 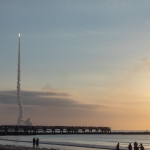 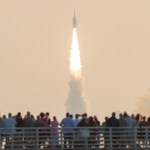 On July 2, 2019, NASA performed a test of the Launch Abort System for the Orion capsule. 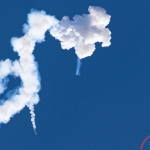 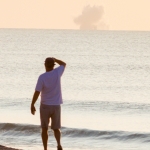 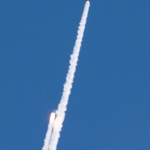 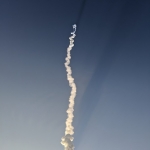 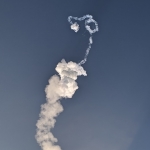 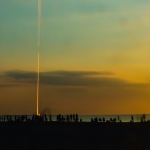 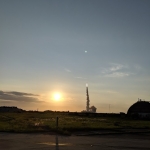