KENNEDY SPACE CENTER, FL. – Today, January 27, 2022, NASA paused and took time to remember those who gave the ultimate sacrifice in the pursuit of space exploration. The Day of Remembrance is an annual event that is open to the public on the grounds of the Kennedy Space Center Visitors Center in front of Space Mirror Memorial. As in years past, each attendee receives a flower that they can place by the Space Mirror at the conclusion of the ceremony. This morning’s ceremony began indoors due to uncertain weather conditions and then guests proceeded to the Space Mirror Memorial to conclude today’s events.

Leading the ceremony was Thad Altman, Executive Director and Chief Executive Office of The Astronauts Memorial Foundation. In conjunction with this ceremony, additional ceremonies were also held at the Arlington National Cemetery in Virginia, the Marshall Space Flight Center in Alabama, the Johnson Space Center in Texas and the Stennis Space Center in Mississippi.

This year’s ceremony marks the 36th year of the Challenger disaster that occurred on January 28, 1986 when 73 seconds into flight STS-51L broke apart in-flight. This was only the 10th flight of Challenger.

Speaking on behalf of Kennedy Space Center, Kelvin Manning, Deputy Director NASA Kennedy Space Center, “Today we gather to honor our fallen heroes and to reflect on the lessons of the past. The gravity and the importance of this day and this ceremony are not lost and each year we come together not only to remember the lives and the legacy of the men and women that made the ultimate sacrifice for the quest of space science and the sake of humanity but to recommit ourselves to ensure the safety of those who continue to keep the dream of human space flight alive.”

Speaking to the attendees of this year’s Memorial Ceremony, Thad Altman paid tribute by saying, “of those family members that have lost a loved one, they do not want to see this again and their support has been an incredible inspiration for all of us that are involved in the space industry.”

In a statement from NASA: “NASA’s Day of Remembrance is an opportunity to honor members of the NASA family who lost their lives in our shared endeavor to advance exploration and discovery for the good of all humanity,” said NASA Administrator Bill Nelson. “Every day, we have an opportunity to further uplift the legacies of those who gave their lives in pursuit of discovery by taking the next giant leap, meeting every challenge head-on, as they did. In doing so, we also must never forget the lessons learned from each tragedy, and embrace our core value of safety.” 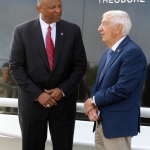 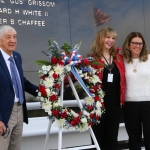 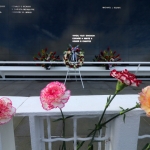 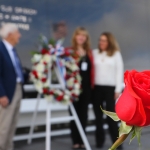 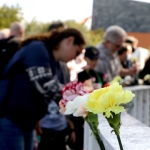 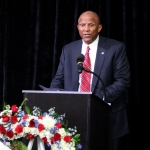