SNC Executive Vice President Janet Kavardi: "The image you see here is our vision for the future. SNC is working on the Dream Chaser vehicle. But it is more than that. The Dream Chaser is an elegant space plane. But we also have visions of how we should build platforms in space that can be used commercially and for scientific purposes. There are a whole host of applications that we believe we can support through this design. We are using an inflatable habitat design. They appear as the two white spheres in the photo below. The same habitat can be used on the surface of the Moon. We could also push an inflatable habitat to Mars at some point in time. We are targeting the post-ISS timeframe. We would like to get something up there to make an easy ISS-to-this transition. We provide the transportation. We provide the habitat. We provide the life-support system. It is a very nice complementary package. It is just one of many configurations that you could use to create a platform in space."

Kimberly Schwandt, Director Communications & Brand: "In the image above , The Dream Chaser and Shooting Star are launched together and take up an entire ULA Vulcan rocket fairing. The LIFE habitat would launch separately but has room to have the core hub launch with it. The way the platform is built is by launching the habitats individually with one of the launches have the core hub launched along with it. For the image above, we have 3 LIFE modules and the core hub. Those would be launched in 3 launches."

Neeraj Gupta, Director Programs, Advanced Development: "The LIFE hab has three stories. You can see the people floating between the different areas there. One of the biggest advantages we have is the volume. You can see the sheer size of it. The other advantage is that we can launch this on a commercially available launch vehicle today. We designed the system to be modular. We can put a lot of these together in space."Gupta continued: "Another application is going to the surface of the Moon. We are part of the team that is developing a human landing system. The first step is getting people there. But the next piece is staying there. Our LIFE habitation module would allow them to extend their stay for 30, 60, 90 days on the surface and potentially longer than that."Steve Lindsey, Senior Vice President of Strategy: "The Dream Chaser is design is meant for the next 30, 40, 50 years - well beyond the life of the current ISS. It can land anywhere that a 737 can land. It has no hypergolic chemicals on board."

In other news discussed on the call, SNC has been selected for a contract as part of NASA’s Tipping Point solicitation to further develop its carbothermal reduction process, which harvests oxygen from minerals on the surface of the Moon. More than 40 percent of the moon is oxygen, but it is locked in the form of minerals in the lunar surface rocks and regolith. The carbothermal reduction process concentrates heat into the lunar regolith within a methane gas environment to extract oxygen from the minerals while continuously recycling the methane. This capability can efficiently operate at virtually any location on the moon or other planetary surfaces, including asteroids and the moons of Mars.

“We are passionate about leveraging the diverse expertise we have developed over the course of hundreds of successful space missions to create a sustainable and scalable platform for continual government and commercial activity in space. We are moving quickly to further develop this technology and make our vision a reality,” said Tom Crabb, vice president of programs for SNC’s Propulsion and Environmental Systems. 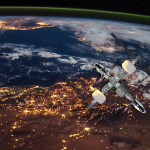 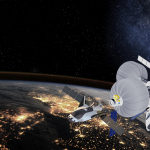 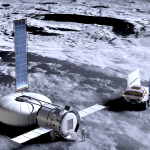 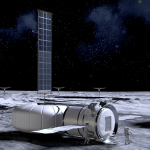 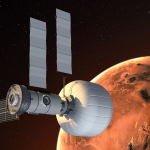 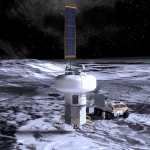 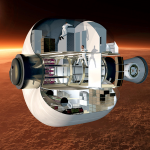