Nearly six decades after NASA successfully sent its first astronaut into space, restoring the world’s faith in the U.S. space program, Disney+ ventures back to the very beginning of the high-stakes space race era with the premiere of “The Real Right Stuff” on Friday, Nov. 20, 2020.

“The Real Right Stuff” tells the remarkable true story of the nation’s first astronauts, the original Mercury 7, and pulls from hundreds of hours of archival film and radio broadcasts, interviews, home movies and other rare and never-before-seen material to catapult viewers back to the late 1950s. The two-hour documentary, from National Geographic, complements the Disney+ original scripted series “The Right Stuff” which will premiere its season finale on the same day.

Portions of "The Right Stuff" were shot at the Air Force Space and Missile Museum at Cape Canaveral Air Force Station. The production team took over Launch Complex 26 and Launch Complex 5/6 for two weeks in 2019. Museum Director James Draper recounted the experience: "I was very impressed with the production. Producers and others involved made several site visits before filming commenced. They were most interested in accuracy and authenticity. Once filming commenced, the Museum grounds sprang to life. It was a fantastic experience! Hundreds of technicians, film crews, actors, and extras flooded the grounds. The vintage vehicles and clothing, along with the expertly crafted props and set designs, transported us back to 1961. I also recall how professionally the crews handled everything. They documented every space thoroughly before altering the surroundings. Once filming was completed, everything went back to how it was, to the tiniest detail. Throughout the entire process, there never was an impression that they were 'taking over the grounds.' They behaved as the most humbled and appreciative guests on sacred historical territory. Having watched a few episodes, I'm particularly struck by the transformation of our spaces through creative lighting and set designs. They are truly masters of their craft!"

Directed and produced by Emmy® and Peabody Award-winning filmmaker Tom Jennings (“Apollo: Missions to the Moon,” “Challenger Disaster: Lost Tapes”), “The Real Right Stuff” is a gripping account of NASA’s Project Mercury program, which revolutionized America’s role in human space exploration and inspired future generations of space enthusiasts. Free of modern-day narration and interviews, the special uses Jennings’ signature style to give viewers unparalleled access to the early days of the space race.

To underscore one of the most dramatic and tenacious times in history, “The Real Right Stuff” features:

The scripted series and the new documentary can be streamed on Disney+. This is the dedicated streaming home for movies and shows from Disney, Pixar, Marvel, Star Wars, National Geographic, and more. Visit DisneyPlus.com to subscribe and/or learn more about the service.

The Real Right Stuff” catapults viewers back to the late 1950s to tell the story of the nation’s first astronauts, known as the Mercury 7. 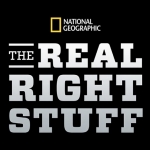 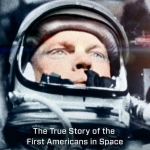 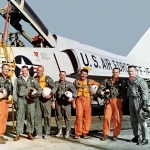 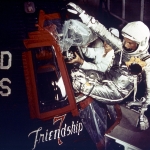 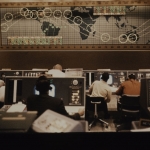 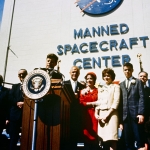 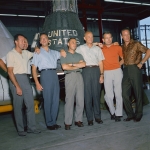 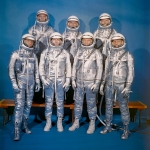 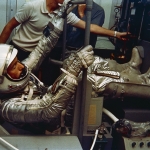 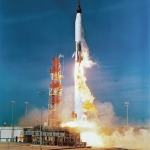