It is a beautiful clear and cool morning at Chincoteague, Virginia. From a vantage point approximately 4 miles northeast of launchpad 0A the Antares 230+/Cygnus stack can be seen with occasional plumes of vented liquid oxygen blowing away. As viewers gathered one could sense the anticipation of this not too-often event. Overhead there were a few aircraft to the north and west but all were flying away from the launch zone.

At 9:59 and 46 seconds the launch sequence began with the first indications being the large cloud of steam shooting out toward the ocean, then the flare of the exhaust showing just below the first stage. The rocket, as always, moved slowly at first then gained speed climbing up and ever slightly toward the sun. Many seconds after ignition the first sounds became noticeable at my location until it turned into the normal crackling roar of 310,000+ pounds of rocket thrust. The vehicle was eventually lost to sight due to its apparent nearness to the sun, and its distance down range.

The Antares 230+ is the most powerful version of the Antares rockets. The first stage has been redesigned to be stronger, yet lighter. Because of these modifications this flight did not require the main engine to throttle back during the period of MaxQ or maximum dynamic pressure. This also resulted in a shorter burn time before main engine cutoff which occurred at a little more than 3 minutes into the flight. After the stages separated and the fairing separated the second stage was scheduled to burn for 2 minutes and 43 seconds putting the Cygnus payload at an altitude of 110 miles or 179 kilometers.

On Monday the S. S. Alan Bean will arrive at the ISS where it will be grappled by the Canadarm operated by Jessica Meir, prime operator, and Christina Koch, both NASA astronaut members of Expedition 61. It will remain docked up to 75 days, then be released to orbit independently of the ISS for up to two additional weeks before it is de-orbited for destructive descent over the Pacific. During the 75 days connected to the space station over 8,000 pounds of supplies, experiments, replacement equipment and live animals will be unloaded. The experiments will be installed either internally or externally to the station and some new tools will be used for several spacewalks to repair the Alpha Magnetic Spectrometer. (See What’s on board for more details about this and other items carried to the ISS)

After being emptied, Cygnus will be filled with up to 8,100 pounds (3,100 kilograms) of “Descent Cargo” which will be burned up during re-entry. After being released, but prior to the de-orbit burn Cygnus will orbit to allow CubeSat deployment and conduct experiments with other exterior mounted payloads.

Jared Haworth's photos are available for purchase at We Had Today Photography. 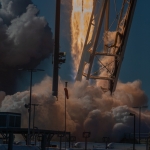 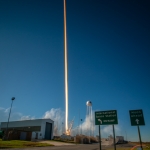 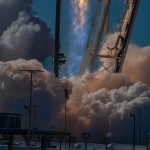 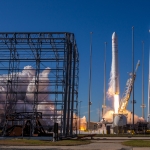 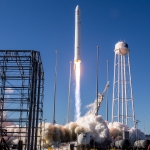 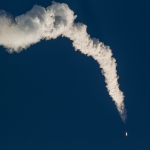 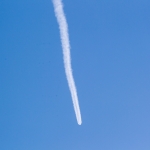 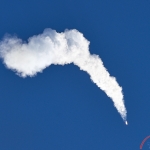 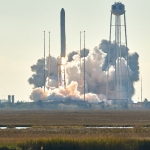 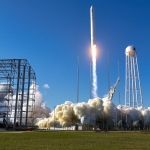 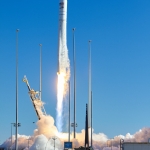 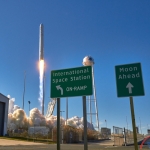 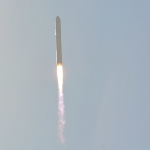