KENNEDY SPACE CENTER: The Cranes, Doors & Platforms Group at Kennedy Space Center have had a chance to handle new flight hardware at the Vehicle Assembly Building during the month of October. A mock-up of the Space Launch System (SLS) Core Stage arrived at KSC via the Pegasus barge for a month of practice. The mock-up weighs in at 225,000 pounds, about 3,000 pounds more than the current design of the SLS Core Stage. It is 212 feet tall. The mock-up is known as the Core Stage Pathfinder.

KSC's crane operators go through a year of in-house training to achieve a 094-1 Overhead Crane Operator Certification. Each operator is trained on crane cab controls, ground controller and e-stop operator. The cab controls are used to move the crane and the rocket forward, backward and sideways, in as little as 1/64th of an inch. Some of the senior crane operators have been with the team since the 1980's. But others are new and are still working on their certification.

Jim Bolton, Exploration Ground Systems Core Stage Element Operations Manager explains that each crane has a crew of five people, including people in the crane cab, a ground controller who is in contact with the cab, and an e-stop operator who can cut power in case of an emergency. For this month's maneuvers, two cranes are in use: a 175-ton bridge crane holds the aft section of the rocket and a newer 325-ton crane attached to the top of the Pathfinder. "To move the rocket from horizontal to vertical, you have two crane crews - so we have 10 people tied up - out of the total of 21. After lifting the Core Stage Pathfinder today, the test article will remain hanging from the 325-ton crane. That means another crew of five will be here overnight to monitor the crane."

While the crew of 21 usually covers three shifts, everyone is working a single 12-hour shift during October so everyone stays on the same page during these practice lifts. Below, Jim Bolton, Exploration Ground Systems Core Stage Element Operations Manager explains the decision to go to a single shift during October:

You might wonder what the team has been doing since the last Space Shuttle was processed in 2011. The Cranes, Doors, & Platforms group is a part of the Jacobs Company's Test & Operations Service Contract (TOSC). There are 21 personnel who manage all of the overhead cranes at Kennedy Space Center. This includes 25 cranes inside the VAB, plus overhead cranes at the Space Station Processing Facility (SSPF) and Launch Equipment Test Facility (LETF). The team is responsible for operations and maintenance of all overhead cranes throughout KSC, plus large overhead doors and moving platforms such as those in the VAB.

During the hiatus between the last Space Shuttle launch and today, one of the original 175-ton cranes in the VAB, dating all the way back to Apollo 11, went a major overhaul and modernization. This crane is being used this week as the aft lifting crane for the Pathfinder. The foreward crane is a 325-ton crane installed in the 1990's for use with the Space Shuttle.

On October 15, 2019, the crews successfully lifted the pathfinder from horizontal to vertical, turned it, then lifted it above the 16th level catwalk and in to Highbay 3, and then lowered the pathfinder through the new platforms.

Bolton says there "is about 16 feet of vertical clearance while moving to Highbay 3. We did one vertical and fit into Highbay 3. That's all the practice we need for Highbay 3.

"As far as the horizontal to vertical breakovers, there will be a total of six, maybe seven. The crane crew wanted to do enough of these maneuvers to rotate their crews through each position, so everybody gets a chance to handle the Pathfinder."

This timelapse video shows the breakover from horizontal to vertical on October 18, combined with a NASA time-lapse of the lift and movement to Highbay 3 from October 15.

With the above operation finishing close to 6PM, the team planned to leave the Pathfinder hanging from the 325-ton crane overnight. This requires a crew of five to stay at the VAB overnight, as long as the crane is powered and holding flight hardware. 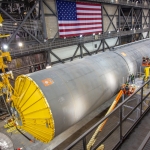 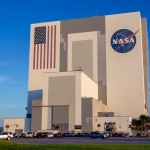 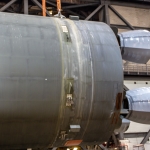 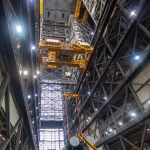 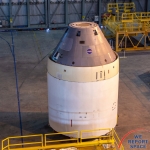 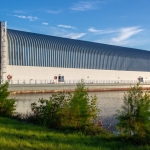 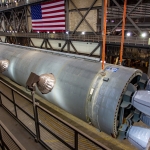 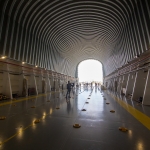 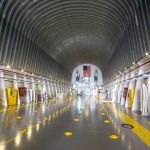 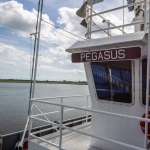 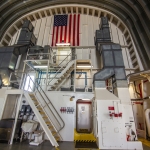 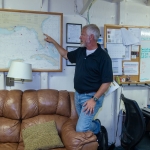 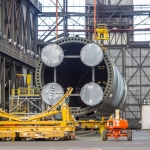 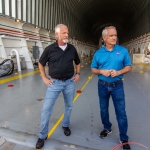 On October 17, 2019, the Pathfinder test article was lifted to vertical in the VAB. 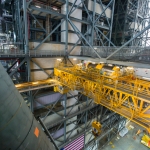 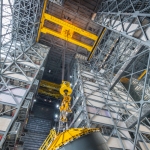 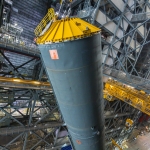 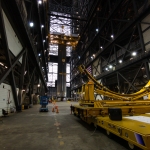 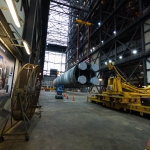 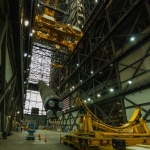 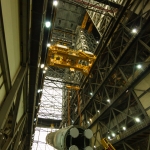 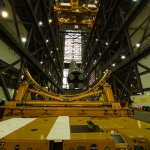 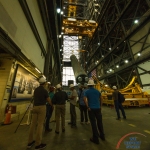 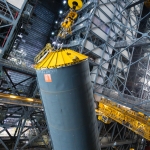 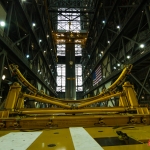