The Starlink launch on 15 May 2019 will place in orbit the first 60 of the Constellation of communications satellites which Elon Musk “believes will be financially successful.” After stating that he is proud of the science in these satellites wishes to thank his teams hard work. He also said, and was backed up by Mark Encosa, VP of Engineering, that some might not work, and there is even a slight possibility that none will work. The goal of the Starlink Satellites is to provide high bandwidth, low latency connectivity. This should help areas where connectivity is currently expensive, or nonexistent. Prior efforts to provide this sort of service have gone bankrupt but Musk is confident that they will be successful.

Tonight's launch (now targeting Thursday at 10:30 PM) will consist of 60 individual satellites with the capability of one Terabit of USEFUL connectivity. The combined solar arrays of this launch will exceed the power generating capacity of the International Space Station. This is also the heaviest payload for either a Falcon 9 or Falcon Heavy.

There are 6 more launches planned for partial world coverage and after 24 launches total the majority of the globe will be covered.

Starlink will orbit at an altitude of 500 Km (320 miles) above the surface. Part of the reason for this particular altitude is that there are fewer obstacles at this level, and should they not be able to initiate an de-orbit maneuver the atmospheric resistance will sweep dead satellites out after approximately 5 years. The satellites will be able to maneuver with their ion drives using Krypton for the propellant. When launched the satellites will have the most current NORAD data about obstacles and they will have the capability to autonomously maneuver out of the path of these objects. Musk and Encosa emphasized that there is not much danger because space is so large.

When the satellites are no longer functioning or working they are to be de-orbited with a planned target in the Pacific Ocean. They are not expected to reach the surface because of their construction which should burn up entirely before reaching Earth.

Q: What is the long term strategy for the company based on the results of Starlink.

This should help his company to fund Starship. The satellites will not displace Telcos but supplement them for the difficult-to-serve customers.

Krypton is less expensive than Xenon and there is no expected problem with its greater density.

Q: How long after launch will you be able to confirm that the satellites are working?

One hour after launch the satellites will begin to be deployed. The method of deployment will not utilize the traditional springs, but will rely on the rotation of the final stage of the rocket. This will be much slower than other methods though.

Q: What are three problems you anticipate.

Possible problems with the Solar Arrays being unfurled, The thrusters and the Ion Drives. The problem is that you can’t foresee the unexpected.

Q: Do you have a shortfall of capital for this project?

This fund drive is actually over-subscribed, and income from commercial satellite launches will also help funding for Starlink.

Q: What is the gap between Spacex quantities of 400 satellites and the theoretical requirement of 15,000?

A quantity in excess of 1,000 is excessive. 400 is the current target and Space X plans additional launches are planned to maintain and build the number in orbit.

Q: Do you have any customers already signed?

None have been approached yet. Potential customers are Telcos, and governments as a start. More selling will start later in the year.

Q: Are there any issues with the 500 Km altitude and other countries?

At the present time the only planned customers are in the US, but at present there aren’t any known issues. The Starlink Antenna will be a flat disk that just needs to be generally pointed to the sky rather than the careful aiming currently required for Satellite TV. Due to the phased array antenna they are not as sensitive to aiming, and they will also have the capability of switching to another satellite in microseconds. This will make a Starlink terminal super easy to use and it even has the possibility of being used on a car, boat or plane.

Q:  Will the satellites be able to communicate directly with each other.

At the present time all signals will have to go between satellites and earth stations although inter-satellite communications may be possible. Within 1 1/2 to 2 years Space X plans to have more satellites in orbit than all previous satellites combined.

Q: What sort of danger do the satellites present when they come down?

The satellites are planned to come down in the Pacific but even if they come down on their own there is no hazard on the surface as they are designed to be completely burned up on return. 12,000 satellites is a lot of launches, but a figure of 1,000 satellites per year is much more attainable.

Q: Will the autonomous maneuvering software have the capability of planning the least dangerous path?

The programming will be updated at each launch to contain the latest data from NORAD, but there is not going to be a need for a lot of maneuvering because it is very large and very empty. The initial plan is to manufacture a new batch of satellites every two weeks but it is expected that production will speed up.

Q: How often will satellites need to be replaced? Will you continue to use Falcon 9, or will you need Starship?

Starship is not required but will be transitioned in to maintain the viable number of 1,000. In 4 to 5 years the redundancy of satellites will be reached and they will be able to deorbit older units. At present the cost of launch is greater than the cost of the payload but with Starship that should be reversed.

Q: Is Space X willing to launch satellites for possible competitors such as Amazon or Facebook?

Competition is always good for consumers so SpaceX will accept satellites from competitors for launch.

After a scrub due to upper level winds on Wednesday, SpaceX is targeting 10:30pm EDT on Thursday, May 16, 2019 for the Starlink launch. 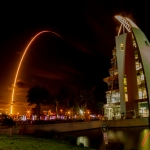 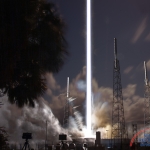 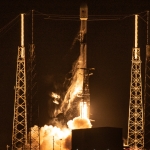 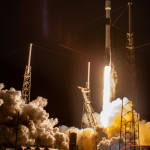 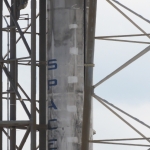 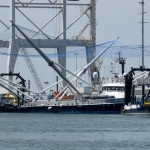 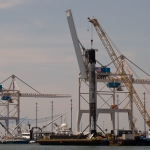 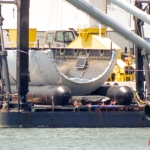 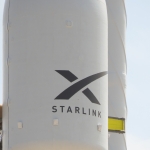 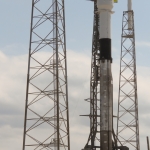