WALLOPS ISLAND, VIRGINIA - Mission NG-11 contains 7600 pounds of food, equipment, and experiments for the space station. This mission ushers in an era of Late-Load experiments. The Antares/Cygnus assembly was moved to the launch pad on Monday the fifteenth and raised to the normal launch position. At approximately 4:00 pm on Tuesday the 16th the assembled rocket was lowered to the horizontal position and the MPPF (Mobile Payload Processing Facility) was moved into contact with the nose of Cygnus.

Once in position the top of the fairing was unbolted and the top hatch removed so the final bags of experiments could be loaded. One reason this is done is to shorten the amount of time some experiments will be in the module. For example, one of the experiments requires 40 live mice so they, and the associated environmental control package were added during the late-load event. Once the final bags are in place the hatch will be reinstalled and the nose bolted back into place. The rocket will be returned to vertical about 9 hours before launch. Hopefully in the future the teams will learn how to go through this cycle faster, and finish closer to the launch window.

The mice are for use in an experiment to test the Tetanus Antibody Response by B Cells in space or TARBIS. According to Nina Nishiyama and Trisha Rettig the mice will be checked to see how their immune systems respond to the challenge of a Tetanus injection. The mice will be given a special diet to maintain their health and after a month tissue samples will be collected to be returned for analysis.

Another manufacturing project involves BioNutrients and how they can be produced over a long period as presented by Gianine Figliozzi and John Hogan. The “manufacturing” equipment to be tested will be microbes capable of combining raw material and generating the materials needed. Through the use of four primary elements the experiments hope to show that more complex materials can be formed. Probiotics will also be studied as will the production of medicines by microbes. In addition to determining how well the production works the experiments will also look at how survivable the desired organisms are in micro-gravity and other extreme conditions in space, to include radiation and being dehydrated for various periods of time. The experiments will also look at the organisms that survive to find out why the survived, and if they have enhanced capabilities to produce the nutrients, medicine, or food for astronauts.

Maria Bualat discussed one of the inside tests which will involve two flying robots called Astro-bees ( a third one will be sent up later). The astro-bees will be able to float in microgravity but by using 12 vents to blow air they will be able to propel themselves in three dimensions. It is hoped these devices will be able to learn to navigate the ISS by photo mapping the station, sending the data to earth to be programmed and uploaded into their controls. By constantly mapping what they “see” the maps will be a result of their learning, and will constantly be refreshed. The cameras will also allow detection of the astronauts so they can be avoided.

The robots can move forward and back with the most speed but can turn and ascend and descend as well. Once the ISS is mapped by having the astronauts walk the robots through several times they will then begin to fly. Eventually it is hoped the robots can take over some tasks such as routine surveys, or search for lost items. They will operate on battery power so no consumables are required, but this also limits them to operation inside the station. When their batteries need to be charged the robots can maneuver to a docking station and connect for a charge, or an astronaut could manually replace a battery pack.

Some of the experiments are designed for use in the harsh environment of space. One experiment is the Robotic External Leak Locator (RELL). The unit will be placed in the airlock and the outer door opened to allow the Canadarm to grab the device. As the name states, this is a leak detector, so the Canadarm will be used to move the device around the temperature control piping and equipment to search for damage due to micrometeorites, or fatigue and aging damage. The Mass Spectrometer will examine molecules to see if they match the signature of Ammonia, and the Ion vacuum pressure gauge will determine the location to an accuracy of a few inches. This is expected to reduce the time finding problems, and testing to see if the repairs are successful.

In addition to the experiments being transported to the ISS there are also some experiments that will be deployed from the top of the booster approximately 4 1/2 minutes after Cygnus separates. If you remember on previous missions there were cube sats. This trip will have something that resembles 4 rows of items about as long as three cube sats. Except they are not cubes. Each of the four rows contains 21 devices called Thin-Sats. They are approximately 4 inches square with a thickness of just over one half inch. They are grouped in sets of three, or six with small solar panels between segments. After launch they are expected to function for about 5 days before their orbit decays and they burn up in the atmosphere. These Thin-Sat experiments have been designed by students from a wide range of backgrounds and education levels from 70 schools spread over 9 states. They may observe temperature, or the use of micro-waves in watching weather or any number of other ideas generated by these student scientists. Over 100 of the students are expected to view the launch (their launch) from the NASA Wallops visitor center.
One of the questions asked at the Pre-Launch news conference was about the return on investment. NASA announced the release of the third edition of a collection of stories about experiments conducted on-board the ISS. Since these missions began there have been in excess of 2600 experiments with some 300 in progress at any time on board the station. For more information on these stories, the crew, the experiments go to www.nasa.gov and follow the links for the station. 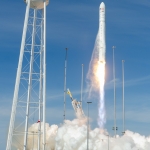 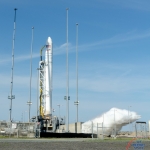 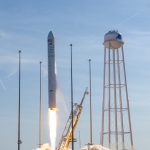 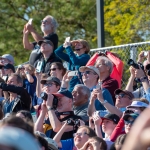 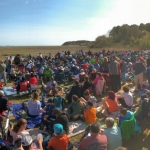 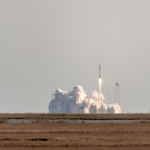 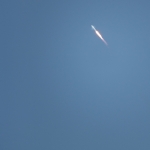 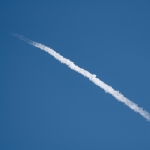 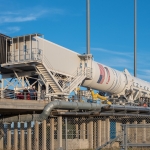 NG-11 What's On Board Briefing 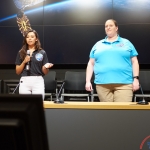 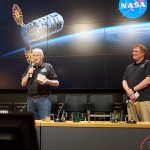 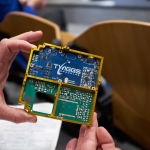 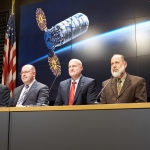 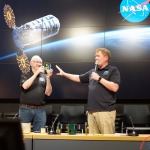 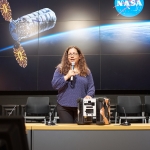 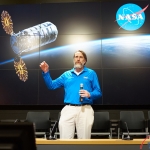 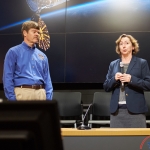 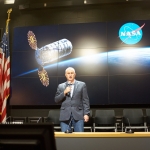 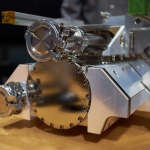