KENNEDY SPACE CENTER: Elon Musk and SpaceX have shattered the record for reusability after launching ArabSat-6A on April 11, 2019. At approximately 9:05 PM EDT, Musk tweeted a photo showing both halves of the rocket fairing aboard their Go Searcher recovery ship. The fairing halves were recovered from the water and are undamaged according to Musk who indicated they will be re-used on the Starlink mission later this year.

Both fairing halves recovered. Will be flown on Starlink mission later this year. pic.twitter.com/ouz1aqW3Mm

This marks an impressive achievement in reusability. Eight minutes after a launch at the top of the window at 6:36 PM local time, both side boosters landed at Cape Canaveral Air Force Station (CCAFS).

Just under two minutes later, the center core of the Falcon Heavy landed on the autonomous drone ship, Of Course I Still Love You (OCISLY), several hundred miles out in the Atlantic. Successfully landing all three boosters is a first. For the first Falcon Heavy launch on February 6, 2018, the two sides cores landed at CCAFS but the center core crashed into the ocean, narrowly missing the OCISLY ship.

Hey @elonmusk , congrats again your heavy launch. Clarification: Delta IV Heavy goes for about $350M. That’s current and future, after the retirement of both Delta IV Medium and Delta II. She also brings unique capabilities, At least until we bring Vulcan on line.

Re-using three boosters lowers the cost for launch. The payload fairing represents another $6 million in recovered equipment. At the SES-10 post-launch press conference on April 1, 2017, Elon Musk explained: "The fairing is a 5-meter diameter component large enough to hold a bus. It costs us six million dollars. I asked the team: if you had a pallet with six million dollars in cash speeding towards the ocean, would you try to recover that before it crashed into bits?"

Musk said they used a combination of a thruster control system and steerable parachutes to guide the fairing to a soft landing. He said in the future, they would try to land the fairing on the equivalent of a high-tech bouncy house. Musk had just announced that SpaceX had recovered one-half of the payload fairing from SES-10. But the fairing was damaged beyond reusability, according to SpaceX’s Hans Koenigsmann - VP Mission Assurance.

The Bouncy House materialized as a ship named Mr. Steven. The vehicle was used unsuccessfully for several launches from Vandenberg Air Force Base in California. SpaceX cruised the ship through the Panama Canal to Port Canaveral. It was used for one launch, failed to capture the fairing. Shortly thereafter observers at Port Canaveral watched as the net and arms were disassembled at the SpaceX berth in Port Canaveral.

In preparation for recovering the Crew Dragon capsule, the Go Searcher vessel has been upgraded with a hydraulic lift designed to recover future astronauts from the Atlantic ocean. SpaceX has been practicing using Go Search for ocean recovery since it was retrofitted in late 2018. Using a capsule test article stored at the SpaceX hangar on Magellan road, Go Searcher conducted several wet test rehearsals for recovering the crew capsule from the ocean. 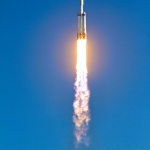 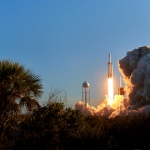 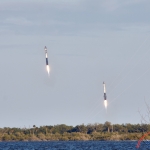 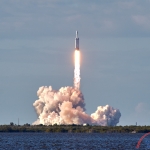 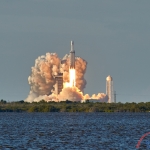 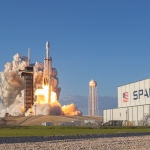 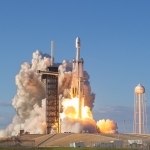 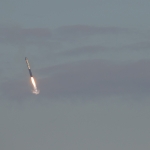 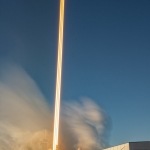 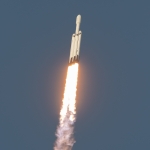 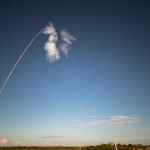 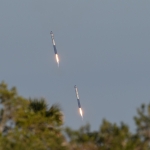 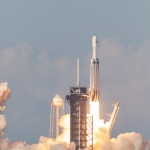 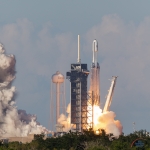 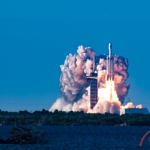 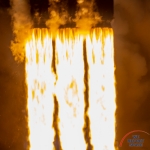 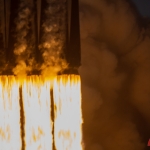 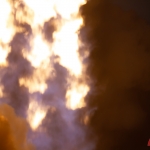 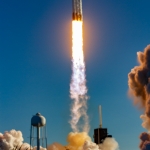 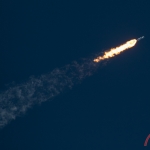 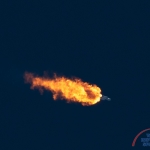 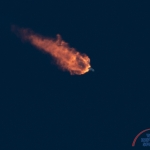 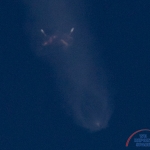 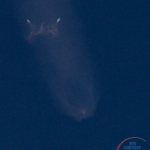 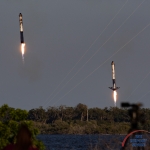 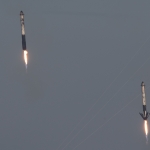 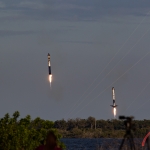