One week ago (November 19, 2018) Northrop Grumman's Cygnus pressurized cargo freighter arrived at and berthed with the International Space Station. The rocket had launched two days prior, on November 17, from the Mid-Atlantic Regional Spaceport at Wallops Island, Virginia.  This was the ninth launch of Antares from Virginia, and the first overseen by the new Northrop Grumman Innovation Systems, a division formed by NG's acquisition of Orbital ATK earlier this year.

The successful launch on November 17 followed a couple of weather-related delays earlier in the week.  Originally slated to launch on Thursday, November 15, a rapidly intensifying nor'easter granted a 90% probability of weather-related violation on launch day.  Mission planners opted to target a backup opportunity on November 16, but continued poor conditions and a vastly improved forecast for Saturday morning triggered a second delay.

While the countdown was marked with a few instances of telemetry drop-out reported by launch controllers, redundant systems were able to provide confirmation that all systems were within acceptable limits, and the mission could proceed to launch.  Liftoff on November 17 occurred at 4:01am EST, the opening of the five minute launch window.

Our earlier coverage detailed some of the science experiments being transported to the International Space Station aboard the Cygnus spacecraft.    Additionally, the three astronauts currently living and working in space will receive another round of consumables and supplies, including a seasonally appropriate Thanksgiving meal, a NASA tradition that dates back to the Skylab missions of the Apollo program.

The next Antares / Cygnus mission is tentatively planned for April 2019 from the Mid-Atlantic Regional Spaceport.

Photo prints of this launch can be purchased from We Had Today Photography. 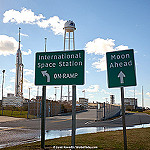 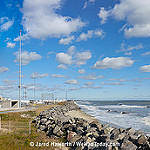 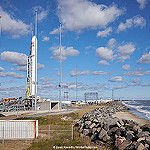 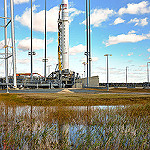 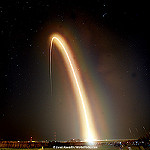 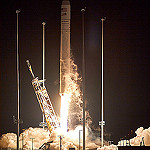 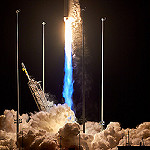 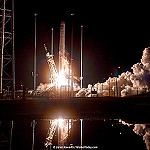 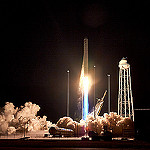 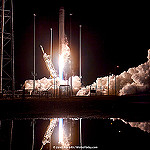