KENNEDY SPACE CENTER: On Monday, October 30th at 3:34 p.m., SpaceX successfully launched the Koreasat-5A satellite from Launch Complex 39A (LC-39A) at NASA’s Kennedy Space Center, Florida. This is SpaceX's 12th launch from Pad 39A in 2017 and their 16th launch this year. Following stage separation, Falcon 9’s first stage successfully landed on the “Of Course I Still Love You” droneship, stationed in the Atlantic Ocean. After the successful landing burn, a fire could be seen emanating from the engine area and partially up the rocket.

In the SpaceX Webcast of the launch, this image at T+9:14 shows a similar fire suppression system in the foreground of the photo with the Falcon 9 on fire in the background.

At T+26:24, a second image of OCISLY shows the fire out, but the deck of the ship still smoking. Water is obvious on the deck between the water canon and the landed first stage indicating successful deployment of the water cannon.

In a photo from July 1, 2017 during the off-loading of the BulgariaSat first stage, you can see the water cannon on the elevated deck near the stern of OCISLY.

As a replacement for Koreasat-5, Koreasat-5A will expand KT SAT’s coverage across Asia and the Middle East. Unlike other satellites in the Koreasat fleet, Koreasat-5A will provide maritime coverage of the Persian Gulf, Indian Ocean, South China Sea, and East China Sea. Koreasat-5A is also equipped with four extended Ku-band steerable transponders (54 MHz each). These steerable transponders will provide commercial DTH broadcasting services in the North Asia region by the end of this year. KT SAT aspires to be one of the leading satellite operators in the highly competitive Asian market. The company plans to consolidate its overseas offices into one central hub located in a capital city of Southeast Asia to provide a more relevant presence in its target market. 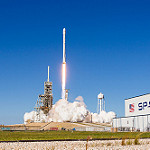 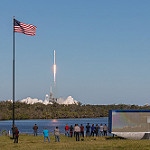 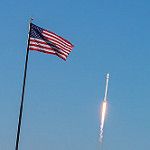 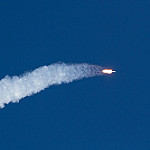 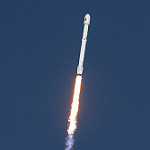 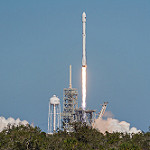 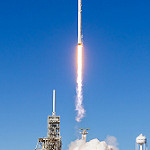 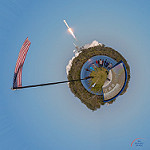 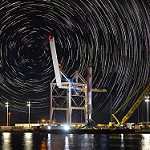 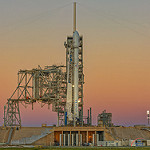 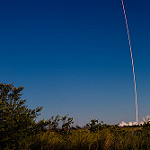 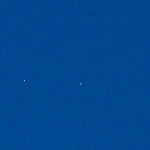 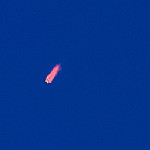 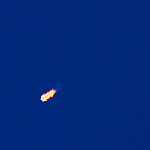 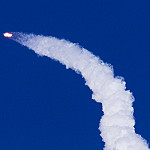 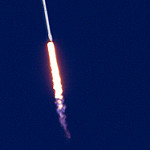 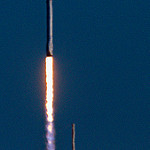 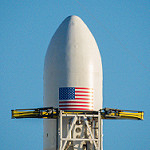 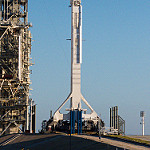 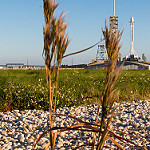 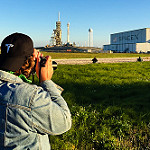 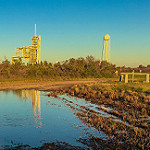 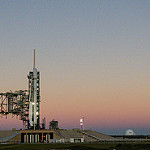 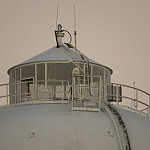 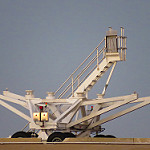 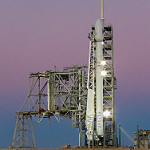 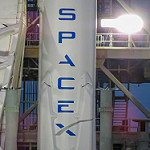 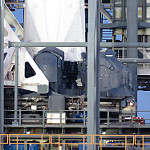