CAPE CANAVERAL AIR FORCE STATION: It was a morning of firsts as SpaceX launched the eighth Starlink mission at 5:21 AM on June 13, 2020 from Launch Complex-40 at Cape Canaveral Air Force Station.

While most Starlink launches include 60 Starlink communications satellites, this mission had 58. The remaining space was used to launch three Earth-observing SkySat satellites for Planet Labs. The company booked the rideshare just six months before launch. On the SpaceX website, they offer the new Rideshare program to deliver small payloads to orbit for as low as $1 Million. Based on the 110KG mass of each SkySat Satellite, the website estimates a cost of just $1.5 Million for the launch.

This was the third flight of booster 1059. It successfully landed on the drone ship Just Read the Instructions. This was the second Atlantic mission for JRTI since moving from the Pacific. Also notable is that this launch from SLC-40 occurred just 9 days after the Starlink 7 mission launched from SLC-40 on June 4, 2020. SpaceX indicated this is their record for re-use of the same launch pad for missions.

This is expected to be the last Starlink launch without deployable visors on each satellite. SpaceX is testing the visors to cut down on light polution for astronomers. The test version of the visor was launched on June 4.

At the 45th Space Wing Weather Squadron, this was the first launch staffed by a 100% female weather crew. At a press event on Thursday, Launch Weather Director Captain Nancy Zimmerman explained, “Back in the 2000’s Kathy Winters was the Launch Weather Officer for NASA for many of the Shuttle missions. Kathy was the only female LWO for the longest time. A couple years ago, we had a mass changeover of Launch Weather Officers. We acquired three incredible civilian launch weather officers who are all female.

Weather personnel for each mission include three civilian LWO and three active duty meteorologists. Staffing for each launch is drawn from a pool of eight civilians. The civilian positions are rotated, but each might have a specialty. For example, today’s Lead Launch Weather Officer Arlena Moses specializes in Starlink launches. When the roster was published and they noticed it was an all female crew, they searched the archives of the Eastern Range and found this was the first all-female weather crew.

The weather crew for this launch included: 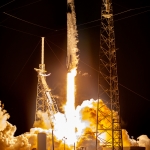 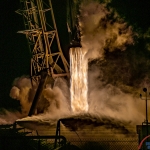 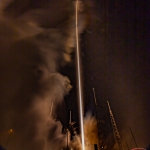 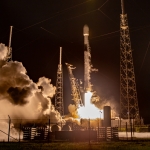 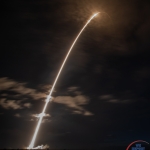 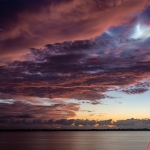 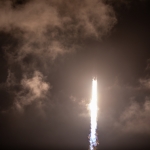 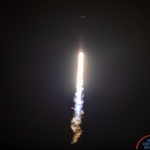 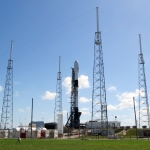 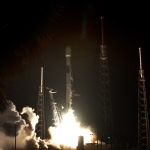 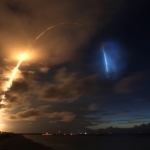 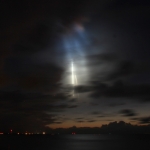 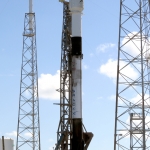 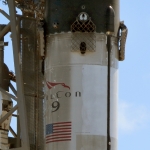 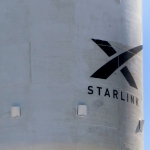 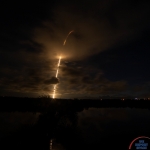