CAPE CANAVERAL AIR FORCE STATION: It was an evening of firsts. The first (of potentially 48) launches of 2020 was the first time that SpaceX launched and landed the first stage of a rocket for the fourth time. It was the first launch overseen by the new United States Space Force. General Douglas A. Schiess, Commander of the 45th Space Wing was on hand to deliver remarks after the launch.

This first stage first flew in September 2018 with the Telstar 18, then in January 2019 with Iridium. It flew a third time in May 2019 with the first group of Starlink Satellites. This is the first time that a booster has flown four times. With 483 days between the first and fourth launch, it is taking SpaceX an average of 161 days for each recycle of the booster.

The Third Batch of Starlink Satellites Launched as Starlink-2

This is the third time that SpaceX has launched 60 of their Starlink satellites to orbit. So, why are they calling this mission Starlink-2? The first launch satellites are not considered part of the operational constellation. With the need for thousands of Starlink satellites, this numbering scheme of being off-by-one will cause a footnote in all future launches. SpaceX could do a total of 24 Starlink launches in 2020, bringing their satellite total to 1560. With last night's launch, they are in a virtual tie with Planet Labs as the largest operator of satellites. The numbering anomaly would drive the patch-collectors crazy, but there is an upside: SpaceX is only issuing one patch, simply emblazoned "Starlink" to cover all of the launches.

Remarks on the Debut of the United States Space Force

Schiess explained the chain of command: "The Secretary of Defense is Mr. Esper. Under him is the Secretary of the Air Force Ms. Barrett and then under her is General Raymond, the Chief of Space Operations. He is also dual-hatted as the Commander of US Space Command. In our role here at the 45th Space Wing, we report to him in his chief of Space Force Operations role. Under that is a new command. It used to be 14th Air Force. It is now called Space Operations Command. That is commanded by Major General John Shaw."

"The 45th Space Wing is not going to change. The name on the horizon could change. We are basically Air Force airmen assigned to the United States Space Force. Eventually, some of us, like myself, will eventually transfer from the Air Force to the Space Force. That will happen over the next year as we work through that. But nothing really from what we do operations-wise will change here at Patrick Air Force Base. The big change for what the Space Force means is that now we are going to have a Chief of Space Operations, currently General Raymond, that will solely day-to-day think about space operations and he will be a service chief, just like the Chief of Staff of the Air Force. He will be able to advise the Secretary of Defense and the President of the United States on the importance of space and our ability to defend our space assets that we launched from here but could be in danger from other adversaries out there. The best part about this is that we are going to have one sole person solely concerned about protecting and defending space."

Scheiss predicted about 16,000 Air Force people will be assigned to the Space Force. 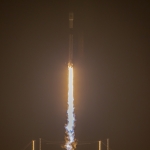 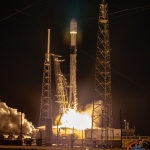 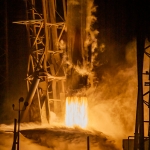 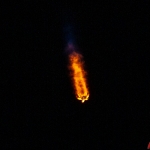 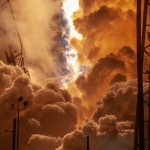 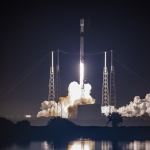 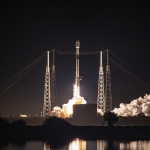 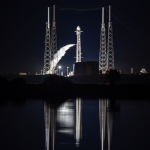 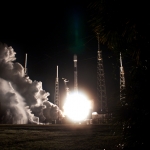 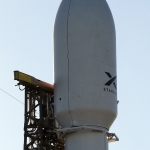 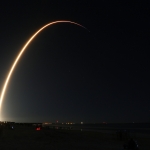 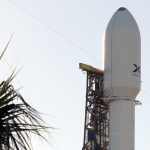 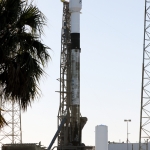 On January 6, 2020, SpaceX launched the third batch of 60 Starlink satellites. This was the first launch under the United States Space Force. 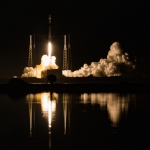 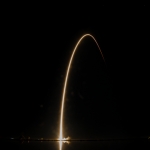 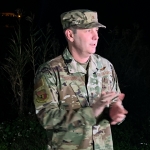