EchoStar XXIII: Without the Payload, There Are No Rocket Photos!

Kennedy Space Center, Florida: A legless SpaceX Falcon 9 lifted off from Kennedy Space Center Pad 39A on March 16 2017 at 2:00:00 AM Eastern Daylight Time to deliver an EchoStar XXIII Communications Satellite to Geosynchronous orbit.

Rapid Retraction of the Transporter-Erector

SpaceX is hoping to launch every two weeks for the rest of the year. This is an ambitious turn-around cycle. Part of the plan to enable a fast turnaround is a new move to get the Transporter-Erector (T-E) out of the way of the rocket exhaust. While this is the second time that SpaceX has performed the maneuver, this is the first time that our cameras were positioned to document the movement of the T-E. In the past, the T-E would retract a few degrees from the rocket before ignition. This maneuver still happens, but immediately after ignition, the T-E continues to move. By the time that the rocket exhaust would be scorching the T-E, it is safely out of the way. SpaceX reports that the T-E was undamaged after the CRS-10 launch on February 19, 2017.

It is worth remembering that the EchoStar company has invested $200 Million and three years to get this satellite built and deployed. We all enjoy the amazing rocket photos, but the fact is that without the payload, there is no need for a rocket and no chance to take these photos.

About the Rocket Photos

We Report Space had three remote cameras set up within the perimeter of Pad 39A. 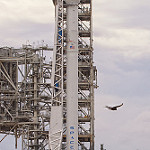 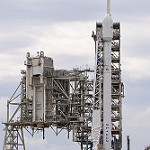 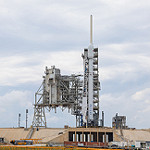 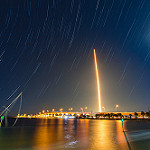 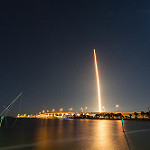 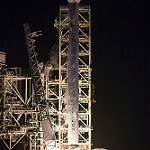 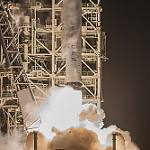 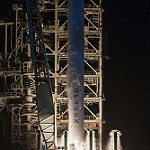 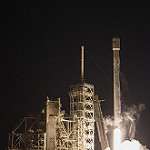 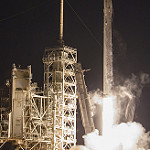 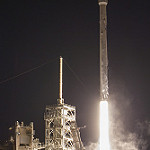 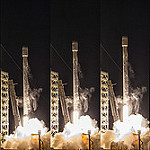