The sun was almost directly above the launchpad at 10:21am, giving a backlit appearance to most of the photos of the rocket as it initially cleared the tower and ascended to orbit. I remember that I was actually fairly excited to see an on-time launch, as every prior SpaceX launch I’ve attended has been delayed for one reason or another — this time, we placed our remote cameras on the launchpad at 2am, boarded the buses to viewing sites at 9am, and saw the rocket lift off as planned right as the instantaneous launch window opened. I probably had remarked out loud that I was going to be able to drive home that day, and sleep in my own bed that night.

The initial minutes of the flight were as near to ideal as could be, as far as we could tell. This was the first launch for which I actually captured a picture of the condensation cones forming around the rocket as it approached the speed of sound (I photographed the same cones on Space Shuttle Atlantis in 2011, but I hadn’t been able to get a picture of them since, due to various reasons at each launch).

At a little more than 2 minutes into the flight, many of the pro photographers on the roof (and on the causeway, as I later heard from friends viewing from there) had already put down their cameras and had begun dismantling tripods and gear. I was still watching through my telephoto lens, using it like a one-eyed pair of binoculars, hoping to catch a picture of the stage separation and 1st stage relight as it turned around to prepare for landing on SpaceX’s drone ship off the coast of Jacksonville. At 139 seconds (2:19) into flight, a white cloud appeared around the top of the rocket, and I remarked out loud (thinking that atmospheric conditions had given us a more dynamic view of the 1st stage shut down) “That’s beautiful.” A videographer next to me, someone with far more experience shooting launches than I have commented, “No, something is very wrong.” That became apparent just seconds later as the remainder of the rocket detonated in a silent puff of white, yellow and blue smoke — silent because at this point the rocket was 50 miles in the air, and almost 10 miles downrange, we would later hear a pair of muffled “thumps” as the sound from the destruction traveled back to us. 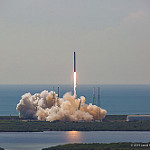 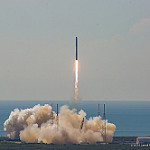 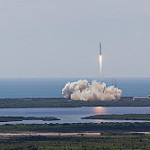 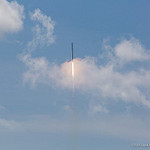 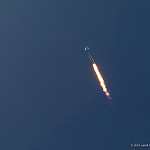 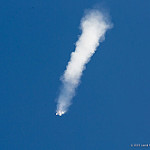 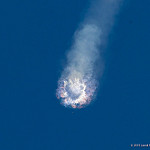 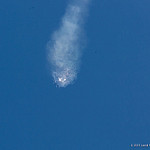 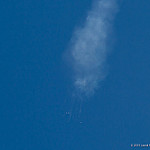 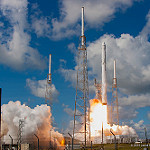 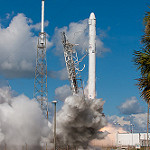 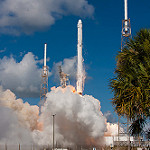 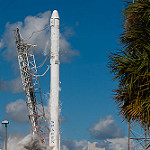 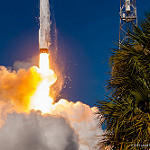