Cape Canaveral, A.F.S. FL. – Liftoff. This morning SpaceX successfully launched the next installment of the Starlink Constellation of internet satellites from Launch Complex 40. The Falcon 9 came to life and headed toward space at 11:31 AM EDT.

This is the 15th Starlink launch for the Falcon 9. With this launch, SpaceX brought the number of Starlink satellites to 895 of an estimated 12,000. Shortly after liftoff, the first stage booster made a landing downrange on the recovery ship “Just Read the Instructions.”

During the SpaceX live broadcast, it was noted that this was the 100th launch of the Falcon series of rockets dating back to the 2008 successful launch of a Falcon 1.

Starlink is targeting later this year for high speed internet service in the Northern U.S. and Canada to areas that have no access, unreliable access or simply too expensive access. 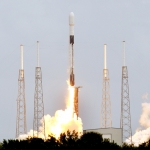 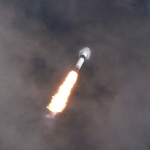 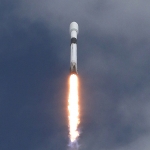 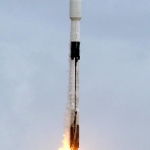