KENNEDY SPACE CENTER: At a pair of media events leading up to the September 8, 2016 launch of the OSIRIS-REx spacecraft, we had a chance to discuss the mission profile with Principal Investigator Dante Lauretta. Lauretta is a Professor of Planetary Science and Cosmochemistry at the University of Arizona's Lunar and Planetary Laboratory. He is the P.I. for OSIRIS-REx and the guy who coined the acronym: Origins, Spectral Integration, Resource Identification, Security, Regolith EXplorer. True, the goal of the spacecraft is to send a 2 ounce to 4 pound sample of asteroid Bennu back to Earth on September 24, 2023. But a lot has to happen between now and that point.

After the launch on September 8, 2016, the spacecraft will do an orbit around the sun and then do a gravity assist around the Earth. Dante Lauretta explains: "We do a one-year cruise back to the Earth for an Earth-gravity assist maneuver. That will be a nice event, because we will get cool pictures of the Earth and the Moon. We use that, Bennu is inclined about six degrees to the Earth. The spacecraft comes under the South Pole and uses the gravity to bend us up onto that incline trajectory. And then its another 11 months after that point until we being the approach phase on the asteroid in August of 2018."

"Once the OSIRIS-REx spacecraft gets to Bennu, we will basically be formation flying with the asteroid. We have the luxury of dealing with a microgravity environment which gives us a lot of flexibility in our attitude relative to the target. So we will be doing hyperbolic fly-bys early on. We'll be doing imaging campaigns and also radio science to measure the mass of the asteroid."

"We'll use the imagery data to build a full three-dimensional shape model of the asteroid. We'll combine that with the rotation state and the mass and that will allow the team to design an orbit insertion maneuver. So we'll go from fly-bys, into orbit. In orbit, we can start to do characterizations of regions of interest."

"In the beginning we are mostly making a transition from starfield navigation. Our navigators are like the navigators of old sailing ships. They used the stars to tell them where we are and what our orientation is. But that doesn't have enough precision for the kind of accuracy we need around the asteroid. So we will transition to landmark-based navigation, where we will start developing key features on the asteroid, imaging it regularly and therefore you can figure out where you are and you can start triangulating on some of those features. That's a critical step and the first orbit phase is dedicated to getting the flight dynamics team to make that."

"We'll then leave the orbit and we'll start to look at the Bennu from different solar angles. 3 AM, 6AM, 9AM, Noon. We want to understand the temperature distribution across the asteroid and the thermal inertia property which tells you about the grain size. How fast something heats up and cools off. Its a function of sand heats up and cools off a lot faster than a boulder does. We want the sand - we want to stay away from the boulders. That's why we are doing this extensive spectral mapping campaign."

"We then go back into orbit, a science orbit, and we do a radio science campaign, where we track the spacecraft and let it progress naturally where we get a high resolution mapping of the gravity field. This tells you about the distribution of material inside the asteroid. We'll also start targeting regions on the asteroid for high resolution imaging and picking the sites where we think we want to get the sample from."

"We then leave orbit on occasion and we do very low-altitude flyovers to get the super high resolution shots that will be the ultimate deciding factor in where we want to get the sample from. We will be about 200 meters or two football fields away from the surface of the asteroid. Those will be some nail-biting moments."

"So our whole mission profile as you can tell is about getting ever closer and closer and closer to the surface of the asteroid until ultimately we have full confidence in our site and our spacecraft and say go ahead and go all the way down for that gentle five-second contact, get the sample, and then get out of Dodge."

Science for Decades to Come

The gallery below contains pictures from both televised briefings, as well as photos of NASA's Ka-Band Objects Observation and Monitoring (Ka-BOOM) project, an initiative to track and classify Near Earth Objects using radio-astronomy. 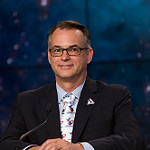 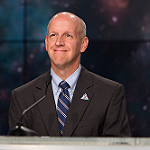 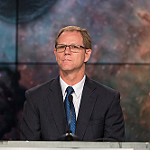 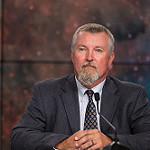 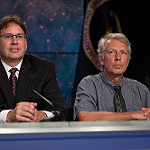 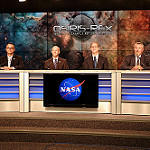 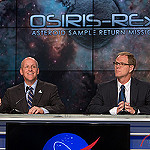 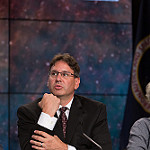 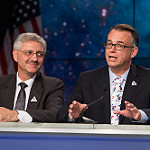 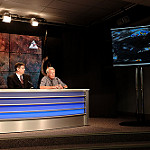 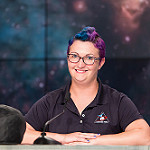 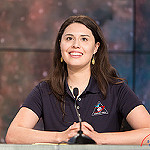 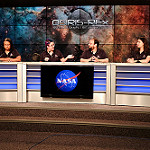 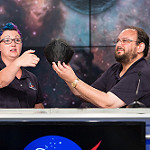 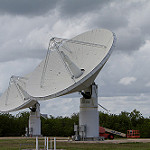 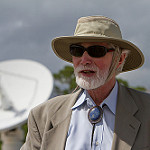 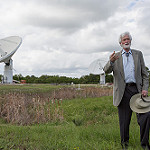 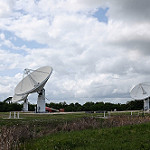 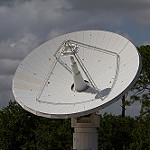 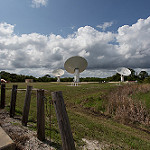