The second of my two Atlas V launches in 30 days was the Morelos-3 mission, carrying MexSat-2, the second of a planned two satellite constellation supporting the Mexican Ministry of Communications and Transportation, providing increased 3G coverage over much of Mexico.

This rocket was flown in the “421” configuration, meaning a four meter payload fairing, two strap-on solid rocket boosters, and a single Centaur upper stage engine. This was also my first time seeing a 421 launch in person, and only the 5th time in Atlas V’s history that this configuration has been flown.

Unlike MUOS-4, we were granted access to the launchpad just 14 hours prior to launch to set up our cameras, and the rocket had not yet moved from it’s hangar (the Vertical Integration Facility, or VIF) out to the launch pad, so we were presented with the additional challenge of trying to frame and focus shots on a subject which wasn’t yet there!

Because of the condensation issues we had at the last launch, we took the time to outfit every one of our remote cameras with a device called a “dew heater,” essentially a small electric blanket which wraps around the camera lens and warms the glass enough to evaporate any condensation. These made all the difference, as 16 out of the 18 cameras we placed ended up with amazing images & videos.

The Atlas V proved its reliability, launching just 19 minutes after its scheduled initial liftoff, the delay having been caused by a pleasure craft which had wandered into the falling debris zone — once the boat was removed, the countdown resumed and the rocket powered its way into the pre-dawn skies over Florida.

The timing actually led to another formation of the “Twilight Phenomena,” seen earlier at MUOS-4, but due to the low cloud cover in our viewing location, we weren’t able to see or photograph it. Pictures taken from farther away in Florida and Georgia did display the same blue-white plume of exhaust being lit by the early morning sun. 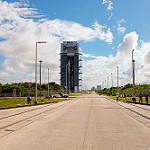 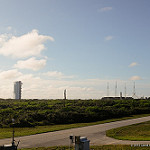 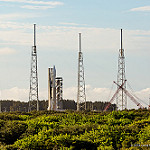 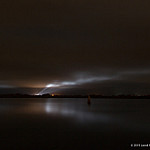 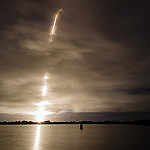 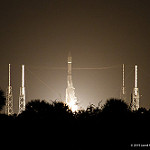 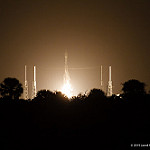 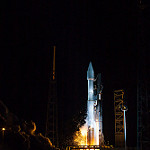 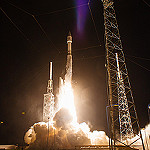 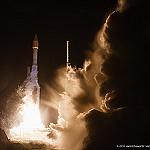 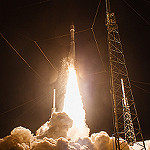 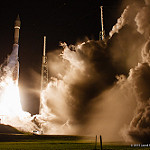 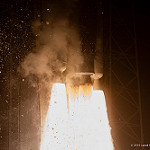 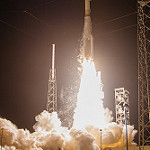 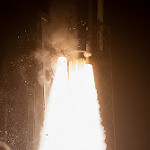 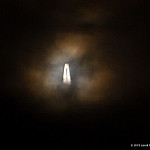 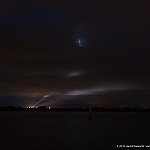