During our CRS-3 adventure, we had seen the actual Crew Pad Abort Escape System that was flying on this launch. It was during CRS-3, that I though ... wow - I should try to make it back to Florida to watch Orion lift off. Instead of getting a ride on the not-yet-ready Space Launch System, Orion was riding on a fairly rare configuration of a Delta IV Heavy. Three huge rocket cores sent Orion on it's one and half orbit trip to test re-entry.

I attended CRS-3 via NASA Social. On the causeway, I managed to find CRS-3 alumni Mike Seeley and Amy Thompson. 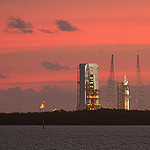 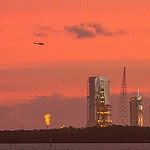 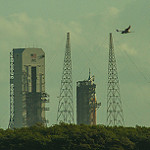 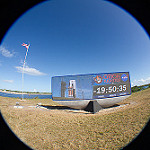 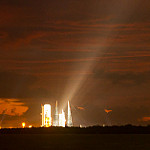 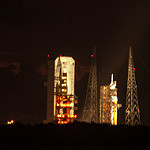 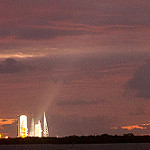 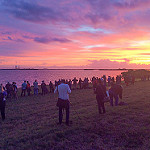 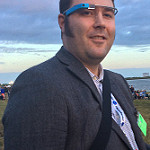 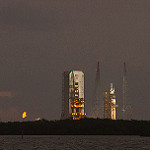 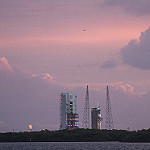 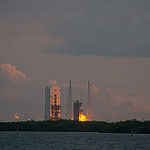 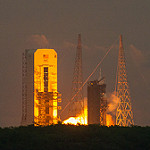 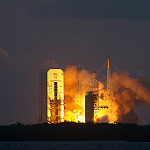 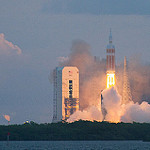 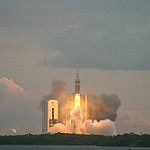 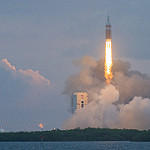 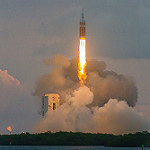 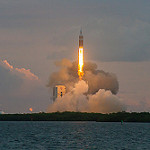 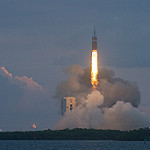 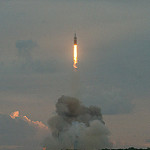 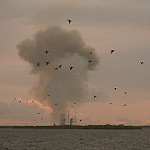 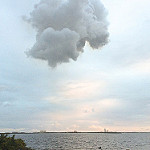 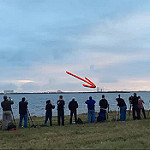